Five Reasons Not to Ski into a Tree


By Erica
Now I thought this was pretty self-explanatory, but I guess Anna decided to go against age-old wisdom and skiied into a tree. Now of course she did it beautifully, clean lines and everything...but even with that point scoring she still needs to read my Top Five Reasons Not to Ski into a Tree...
1. You won't move the Tree, the Tree will move you
2. Facial abrasions and concussions are so last season
3. Besides losing face (literally), you will be banned from anything remotely involving skis, trails, and trees, which pretty much rules out everywhere in Northern Wisconsin
4. Parents get upset for some reason
5. Environmentalists just might burn you alive
Posted by Angie Vik at 8:45 PM No comments: 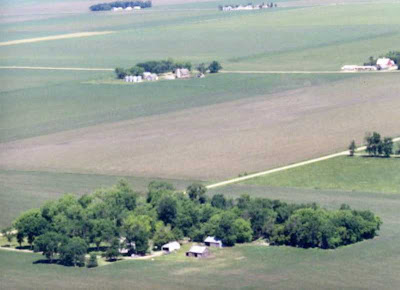 I glanced at the woman's sweatshirt on the next treadmill and noticed the word "Wisconsin" in big black letters. Wisconsin. It still seems unreal to live here.

Growing up in Northern California, I couldn’t imagine living anywhere else. Definitely not Iowa. Certainly not Wisconsin. But here I am…

And I like it. If I had to move, this is a nice place to live. God has been good. I like our house and church and we’ve met some nice people. We’ve been treated well. Lake Superior is awesome. I look forward to when Ashland sheds her winter coat so we can explore.


But being human and contrary there are times when I long for things that Ashland, as nice as it is, and as much as we enjoy it, can’t duplicate. Hence the following list: 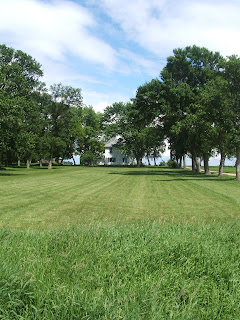 I think you need to know the real story of our family. Its easy to sugarcoat things to make them sound funnier or less cruel...but the truth was, with seven kids living in a 1,700 sq. ft house, things got pretty messy.

"Messy" as in Many Hands Make Many Messes, and "Messy" as in knock down, drag out fights and cruel tricks played on unsuspecting victims, such as when we told my oldest sister she was adopted and she fell for it.

We had a large acreage to wreak havoc on, although some days eight acres just wasn't enough. We had a grove of trees that one could (and almost always did) get lost in. We lived in the country a half mile from neighbors so our parents were spared angry phone calls about little kids streaking through their yards.

Looking back (all of my 17 years later) its easy to remember my childhood as ideal: lazy summer days at the pool, sleeping in, playing every sport imaginable (and quite a few made up ones) on our huge front lawn. Sadly we were not perfect little angels as shown in this classic example from Vik history.

My older brother and sister built a tree fort, something I recommend kids do at LEAST once in their lifetime, just not how my siblings did. My brother Andrew did all of the manly work, you know, hammering nails, hauling boards, throwing a fit and kicking the tree when it just wouldn't grow the way he wanted it to, and my sister Kiah ran back and forth getting nails and giving moral support, like any sister would. 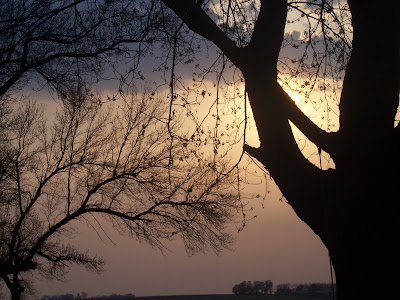 But then Andrew made a disastrous mistake, he decided Kiah wasn't necessary and declared the fort to be A BOYS ONLY fort. What does a poor little eight-year-old girl do when she's kicked out of the tree fort she helped build? Grab a hatchet and throw it as hard as she can at her brother, of course!

Kiah has always been our little hothead but she pushed the envelope here. Its OK to throw large sticks and nails, but we draw the line at hatchets. Andrew climbed down to teach her a lesson but she was still chucking the hatchet around. Generally he won his confrontations with Kiah but this story ended with Andrew running to Mom as fast as he could, all the while dodging the hatchet.

Moral of the story...never declare a fort Boys Only with Kiah around. I'll return with more hard hitting reports next week. Until then, go build a fort!

Falling in love is risky business, the least of which is hoping you’ll like your new last name, should you get married. Twenty-five years ago I traded the perfectly normal, easy-to-spell, easy-to-pronounce "Taylor" for the tricky name of "Vik."

What’s tricky about Vik? It’s frequently misspelled "Vic" or "Vick." Add an "s and it sounds like a cough drop. The phonetically challenged say "Vike." People often call me Vicky, and no, we’re not related to Michael Vick.
We couldn’t name our son Nicholas or Richard because Nick and Rick rhyme with Vik. So does hick. But it could have been worse. Vik was shortened from an even trickier name. And therein lies my tale.
On May 11, 1912 Grandpa Vik left Norway at the tender age of twenty and sailed from Liverpool, England on the H.M.S. Mauritania with twenty dollars in his pocket. Family legend says Grandpa Vik was scheduled to sail on the Titanic but sold his ticket and traveled one month later.
At Ellis Island, he changed his name from "Johannes Vorpvik" to "John Vik." And Viks ever since have been thankful.
With all due respect to Norwegians, "Vorpvik," was outside the realm of my experience. I grew up in Northern California with Italians, Japanese, and Mexicans and thought last names like "Franceschi," "Taniguchi," and "Hernandez" were normal.
Grandpa settled in Irene, South Dakota and persuaded a young widow to trade her perfectly normal, easy-to-spell, easy-to pronounce name of "Johnson" for "Vik." But Marie, aware of his history, knew she had dodged a bullet and welcomed the shortened version.
If Grandpa Vik hadn’t come to America, or had sailed on the Titanic, or hadn’t changed his name, there wouldn’t have been a Keith Vik for me to marry and I might have ended up with Gary Mukaida and had Japanese children.
So the moral of the story is to only date men whose last name you like, or have them immigrate somewhere and change it.
Posted by Angie Vik at 2:23 PM 1 comment: