At forty-six, I became alarmed at the increasing number of gray strands taking up residence in my hair.
Keith said he didn’t mind. Said he likes my hair long. I said he could have long or he could have gray, but I didn’t want long and gray.
He chose long and I chose not gray. 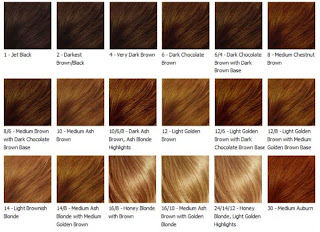 To his surprise, he actually liked the way it looked dyed.
Every few months for five years, much like a computer Paint program, a hairdresser magically erased any gray hairs that had the audacity to appear on my aging head.
I also have problems with thinning hair. Though somewhat mystified why hair grows on my chin where I don’t want it, but doesn’t grow on the top of my head where I do want it, I searched online for solutions.
Suggested options ran the gamut. I considered Rogaine for women, but was afraid with my luck and propensity to grow chin hairs that I’d soon have a full goatee.
Remembering the strong unpleasant smell of hair dye and how it tingles the scalp, I began to wonder if hair dye had contributed to the problem.
I googled negative effects of hair dye. Some websites said hair dye isn’t good for people. Ammonia and other strong chemicals can cause problems.
I considered going off the bottle but it’s hard to resist the urge to blast emerging gray hairs with ammonia-laced hair dye.
Many women my age dye their hair, so any person brave enough not to not dye, automatically looks older. Going natural requires the emotional fortitude to go around with a horizontal Cruella DeVille haircut while the color grows out.
Keith protested. Said he liked my hair dyed.
I’m not sure how God decides who gets what. I mean how come I got thin hair and chin hairs and Jane Seymour didn't. Although she’s had four husbands and I’ve only had one, so maybe looking beautiful at age 60 isn’t all it’s cracked up to be. 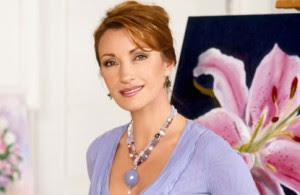 I digress.
Tired of trying to fight the tide, I took the plunge (excuse the mixed metaphors) and quit using hair dye.
And the strangest thing happened. Once I got over the shock of seeing gray again, especially in the front, it doesn’t look that bad. Other than the bottom half is brown-red and the top is faded dark brown marbled with gray. 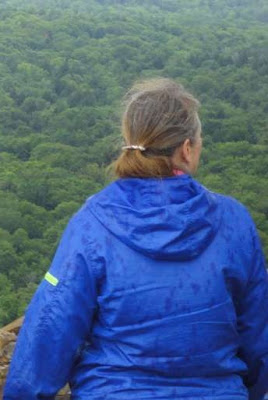 Now that it’s growing out, I kind of like the not-so-dark-anymore hair interspersed with growing regiments of gray hair better than the not-quite-right shade I’ve sported the last few years.
Keith says he likes the growing out hair.
I’m not sure what the current ratio of brown to gray is but I know in time gray will stage a coup and take over completely. I wish I could pick what color gray hair I’ll get. (I could dye it a pretty shade of gray, but that would put me right back where I started from.)
This is not a judgment on people who dye their hair. I know why women use hair dye. I understand the desire to look younger. I've seen it tastefully done. I'm just saying that I don't want to do it any more.

People panic at the sight of their gray hairs, thinking that means they’re old. Maybe if we let them appear gradually, as God intended, they wouldn’t be so hard to get used to.
Does gray hair mean old? I’ve known people in their twenties to get gray hairs and people in their seventies to not have any. Old is when you ask for a stepstool for your 30th birthday. When you sit on the shore instead of swimming. When you stop sledding or climbing trees. When you show up a half hour early for something to make sure you won’t be late. When the main topic of your conversations are your illnesses and injuries. When the number of things you won’t do because you might fall increases. Those things make you old, not gray hair.
So if you see me for the first time in awhile, I haven't aged alot, it just means that I'm finally looking my age (Keith is too for that matter but this is my story, not his) and it's time to change my five-year-old About Me picture. 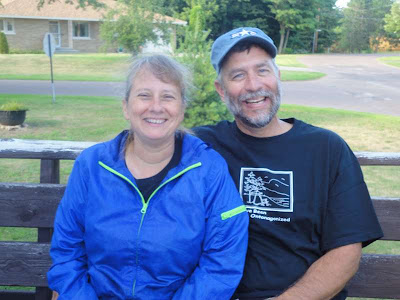