How Do You Spell Family? 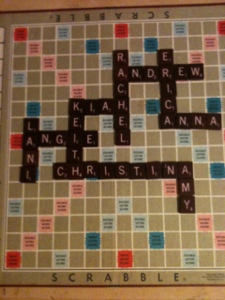 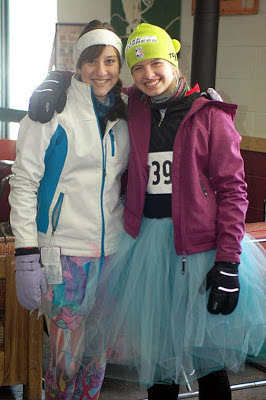 "It's more fun,when you're not the only one having it."
--anonymous--

Second year in a row that Amy (on the left) got her picture on the front page of our local newspaper. Last year for a polar plunge. This year for a cross-country ski race where a newspaper reporter considered Amy's wacky outfit front page worthy. She wore wild ski tights and a multi-colored Tutu with glittered stars glued on the bottom. Her tutu and stars don't show up very well in the picture, but her smile definitely does.

They titled themselves, "Team Tutulicious."

The few sentences about Amy are part of a larger article:
“We get people outdoors and celebrate winter and we have fun,” Coach Liphart said.

As if to illustrate just that, Anna Nutt, Washburn High School freshman and club skier, hobbles by in her ski boots — wearing a blue tutu.

“We have a costume award,” Reed explains.

“Normally, I dress crazy in the first place because I like weird exotic things,” says Nutt.

Friend and fellow club skier Amy Vik — also donning a tutu — said the two just like to be “goofy.”

“And the reactions on people’s faces — totally worth it,” Vik said.

But, it’s all business on the cross country ski course, says Nutt.“We try to ski normal. We just look weird,” she said.

The two entered the 8K classic ski race which gives them a chance to touch up on technique for next week's big race. Both will compete in the state competitive skate and classic cross-country ski races next Saturday in Rhinelander. The two have been skiing for three to four years through 4H-CANSKI.

The full article can be read by clicking here.

Today I am linking up with Lori with Think Quotes

(Keith wrote this for our church newsletter and I asked if it could be posted on the family blog. I meant to post it in early January, but obviously didn't. Hope you still enjoy it now.)

What’s the difference between December 31, 2012 and January 1, 2013? One second? An IRS defining line? Nothing? Starting over? Well, are you a pessimist or an optimist at the core of your being?

I rather like the turning of years. Even though New Year’s Day is usually cold here in the North, I feel warm inside with the thought of what may come from a new dawning. I don’t mind getting older. Yes the old bod isn’t what it once was and those who say getting older isn’t for cowards are spot on. But... there is just something about the defining moment of the “new year” that brings excitement. Or it should be exciting and not dreadful in anticipation.

Before sitting down to write this I received an e-mail from a New Year optimist. I’ve known Melita for 32 years. As a young adult growing up in the 1960’s she was an original hippie from the Haight/Ashbury scene of San Francisco with all its excess and exploration. Out of this experience she came to have the greatest experience: a saving relationship with the living savior, Jesus Christ. She was and is an original Jesus Freak! This has made her an optimist to her very core.

Melita did this many years ago and over the years has kept it on her shoulder. So having already once died, she is ready to die (Romans 6:3-8). That’s heaven’s logic (truth) and a believer’s optimism (faith) operating in soul- satisfying cooperation.

“New” is not a word for pessimists. They like to live in the “old”, too scared to trust a better thing coming and opting for their known and comfy (maybe even miserable) existence. New, to them, is just a version of the “same old, same old” way of seeing and living.

You tell me. Is there heavenly logic in “He who did not spare His own son, but delivered Him over for us all, how will He not also with Him freely give us all things?” (Romans 8:32)

“All things” for Melita means palliative care and the optimism of a “new year.” Hallelujah!
Here’s to your new year—May you know the power of the cross and the One who loves you and the power of your cross and the peace it brings, oh you mighty optimists. Let’s see what God can do through us this year. 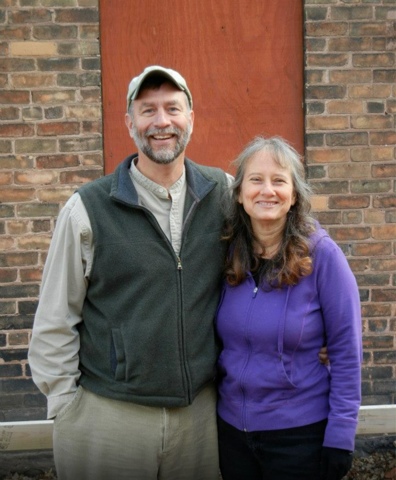 The phone rang this week and my sixteen-year-old daughter, Amy, looked at Caller ID and saw the phone number for the place where her oldest sister works. Assuming it was Christina, Amy picked up the phone and said, "Como estas en el bano?

This is probably not good Spanish grammar, but Amy had asked, "How are you doing in the bathroom?"

Turns out it wasn't Christina on the other end. Turns out it was Christina's boss. Unbeknownst to Amy, her sister Anna had applied to work at the same place. The caller tentatively asked, "Is Anna there?"

Anna was embarrassed to answer the phone and hoped Christina's boss didn't know Spanish, but thankfully she still got the job.
Posted by Angie Vik at 11:47 AM 4 comments: