Hands down, the cutest and sweetest Vik.


A friend of Rachel's, Camie Treptau, took these pictures of my granddaughter at two weeks. So thankful for good cameras and someone who knows how to use it. 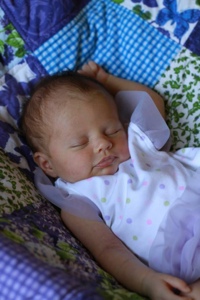 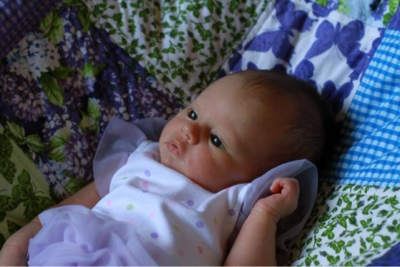 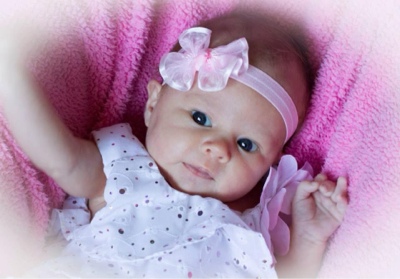 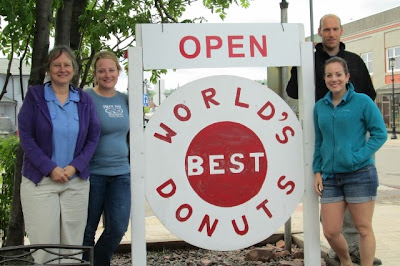 I started this story a few weeks ago before all this new grandbaby business started. If you missed the first installment, or it's been so long you can't remember what I wrote, you can read about Day 1 of our excursion by clicking here.

For the reader's digest version, one fifty-something short mother, her two twenty-something equally short daughters, and a thirty-year-old long-legged engineer friend from church headed north to Ontario, Canada in an aging, used to be nice but still very comfy, green Grand Marquis for a weekend trip to see a good friend get married.  On Day 1, we drove from Ashland, Wisconsin to Thunder Bay Ontario.

When the alarm went off at 6:00 a.m., Kiah remembered that Thunder Bay was in eastern time zone and Sioux Lookout was in central. We slept for another hour. Sweet.

I'd forgotten my slip and nylons so headed to Wal-Mart. I asked the ditzy young clerk with a pink stud in her tongue where to find slips.

She said, "What are slips?"

I told her, "Something you wear underneath a dress so people can't see through it." (Don't young ladies wear slips anymore?)

I almost had a heart attack buying gas in Canada. Ouch! Muy expensive! It's sold by the liter and I don't know how that translates to gallons, but buying half a tank of gas cost at least $25 more than it does in America.

Christina drove for awhile and our rule is the driver gets to choose what to listen to. Christina really likes an Irish group called Gaelic Storm. They are good musicians but sing a lot of drinking songs and Christina burnt us out on this particular album three years back when she listened to it over and over.

After an hour of Gaelic Storm, Kiah and I rebelled. When Christina and Brendon got out of the car to buy donuts, I changed the album. Kiah thought we should hide Brendon's Zune (kind of like an iPod). She suggested hiding it in their stuff as they probably wouldn't think to look there.  Kiah hid the Zune in Christina's backpack. When they returned, Brendon asked if anything needed to go in the trunk. Kiah handed him Christina's backpack.

Kiah and I giggled like thirteen-year-olds while we waited for them to realize they were Gaelic Stormless. When they finally noticed, we passed this ransom note to the front seat. 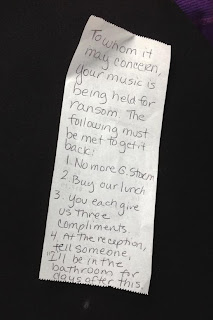 They refused to capitulate to our demands so i played the two songs I have on my ipad and then Kiah and I sang enduring classics like, "Oh Where is My Hairbrush?" and "Home on the Range."

Kiah, who has a nice singing voice, wanted to make it clear that she was just goofing around, and said she was singing as off-key as possible on purpose.  I don't sing well and couldn't lie. I said I was just singing normal.

After a four hour drive from Thunder Bay, we arrived in Sioux Lookout with an hour to spare. In the absence of Taco Bell we ate at the Canadian fast food chain called "Tim Hortons." (I asked a clerk who Tim Horton was and she didn't know.) We finished getting ready in the restaurant's bathroom, then high-tailed it to the wedding.

It was an outdoor lakeside wedding. Very pretty and sweet and worth driving 408.68 miles for. 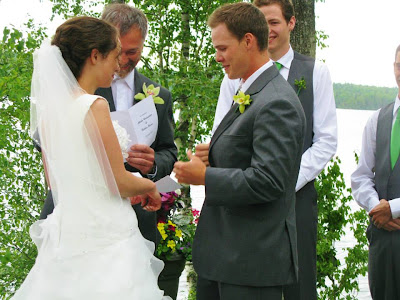 They are a neat couple and we're excited for them. It was a God-honoring ceremony and we enjoyed every minute.  Both families heartily approve so it was a truly joyous ocassion. After the bridesmaids walked down the aisle, two junior bridesmaids carried a sign that said, "Uncle Nathan, Here comes your girl."

They wrote their own vows. Nathan went first and did a nice job. Alisha's vows were eloquent and well thought out. When she finished, Nathan joked, "I'm glad I went first." 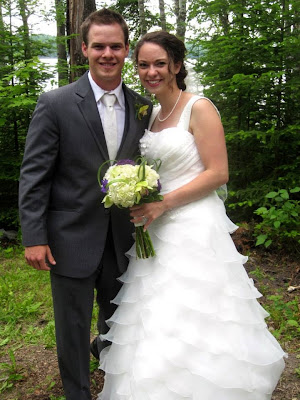 On the way back to the car, I rolled my foot and fell on the grass. I hope the only people who saw me fall were my travel companions. One minute, I was there, and the next I wasn't. Thankfully, I wasn't hurt. I didn't know nylons could get grass stained. Very embarrassing.

We enjoyed the reception. Much food, all good, though we were surprised and disappointed there wasn't gravy. They had an amazing dessert bar instead of wedding cake. I don't use the word "amazing" lightly because the word gets watered down when it's used all the time, but this was truly amazing. About twenty different desserts and they all looked good. That alone made the trip worth it.

Christina amused herself at the reception by playing with the melting candles at our table. Whoever cleared the table probably wondered why someone had filled five large plastic clear glasses with melted candle wax. That's my girl! 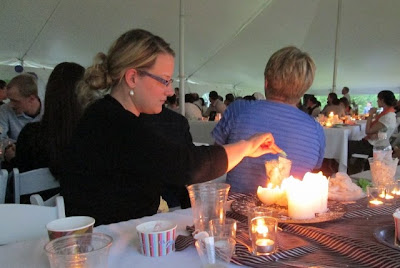 The Canadians we visited with, when they heard where we were from, often said some variation of, "Oh, you're from down south." When you live in the northernmost tip of Wisconsin, you're not used to be referenced to as from down south.

The bugs were awful. Even with bug spray they still got through. Christina reacted to a bug bite and her left arm swelled and started hurting.

Our family calls Brendon my second son. We feed him and in return, he helps move furniture and reach  things on high shelves. I'm holding dipped Oreo cookie favors that I snitched off places that people didn't sit at to bring home to my four daughters back home who couldn't go. I'm aware the purple jacket doesn't go with the outfit, but cold people cannot be choosy. 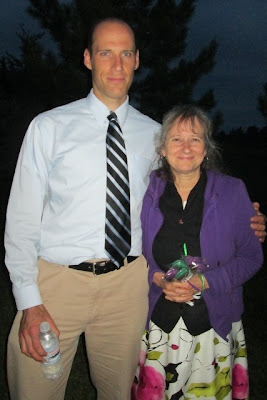 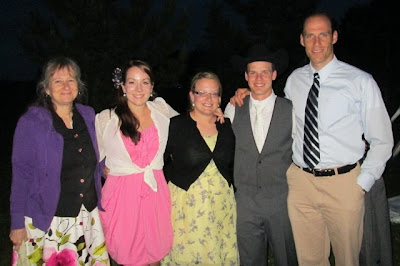 We had a 90 minute drive south to our hotel.  We kept seeing signs like "Moose Crossing, Moose on the Loose, and Moose Danger" but thought it was false advertising because we had yet to see a moose. Kiah and Brendon finally saw one on the ride to the motel.  Since it was just the bare outline before it lumbered in the woods, I didn't think that counted as an official moose sighting.

One day in Canada so far - a big, beautiful, watery, northern place. Still hoping to see a moose before we head south to Northern Wisconsin tomorrow.