A Love Worth Waiting For

Andrew wrote this sweet story for Rachel and gave me permission to post it on our family blog.

Once upon a time there was a young man who had a problem of monumental proportions that had weighed him down. No matter where he looked there just wasn't a girl to be found for him. Sure there were beautiful girls, but none that had a certain beauty this young man was looking for. You see he had found something more amazing than anything else. This particular young man knew Jesus Christ as his Lord and Savior, which meant not just any girl would do. He needed one that loved Jesus.

It seemed that girls were just fine with giving their heart to anyone and everyone, and this wasn't something this young man was looking for. He wanted a girl that had given her heart over to Christ, a girl who knew what true love was because she had experienced it from Jesus.

But time went on and the young man started to grow discouraged, thinking maybe girls like that didn't exist anymore - girls that are completely and utterly beautiful, not just because of how they look but because of the light that shines from having a relationship with Christ.

Right about the time he was ready to give up and become the most un-eligible bachelor in America, figuring it better to spend the rest of his days alone with his Bible and Bloom County than to spend it with a superficial token girl, something amazing happened. To be sure it was the best thing that had ever happened to him.

One day at camp, the young man was assigned to watch some kids and a certain beautiful young woman ended up helping. While she was pretty the young man didn't think much about it yet, assuming she was just like every other girl he’d met. This young man was soon to be pleasantly surprised.

A month later the young man gave the girl a ride back to college and his car broke down. This turned out to be a blessing in disguise because the young woman saved the young man from having a major meltdown. They spent the day talking and walking and having a great time.

The young man was thoroughly astonished at how amazing she was. He thought she must be lying because nobody as perfect as she was could possibly exist, right? But he decided that she was worth trying to find out, and so he did. 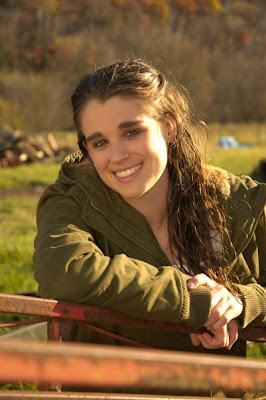 As it turns out the girl was as beautiful and pure and amazing as she seemed to be, and as the young man continued to get to know her he realized that she had that rare beauty that comes from knowing Jesus Christ and because the light of Christ was in her, it made her beyond just beautiful. It made her radiant and by far more lovely than anyone he had ever met.

So the young man knew that this was the girl he had been waiting for, the one who was completely worth pushing all the other girls away and giving his heart to her and only her. By God's grace, he had found a love worth waiting for. 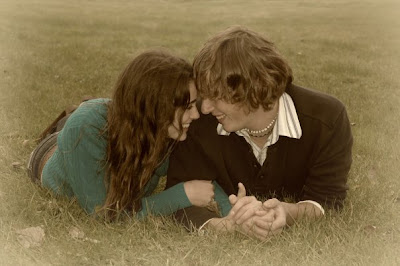